Raveningham Gardens and the Park are protected by shelter belts of woodland. These create a kinder environment for the herbaceous and mixed borders, wildflower meadows and rolling lawns. The walled Victorian kitchen garden provides more shelter for fruit, vegetables and cut flowers such as sweet peas. The Gardens hark back to Edwardian plans with the planting enhanced in the 1960s by Priscilla, Lady Bacon. The current owner’s mother, she was an energetic plantswoman who collected many rare species from around the world transforming the Garden over 50 years. The walled kitchen garden was brought back to full working order in the last 20 years and is now producing fruit, vegetables and flowers for the House. There is a fine late 19th century Boulton and Paul range of glasshouses, stocked conservatory and melon pits, all in working order. 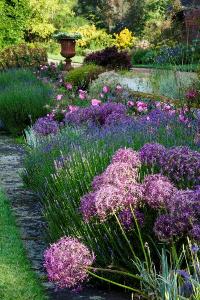 A Millennium project by Nicholas Bacon to build a lake on the North side of the House is now firmly established. As is an Arboretum that was planted after the destruction of a wood in the 1987 gale. This gave an opportunity to plant a large variety of trees and shrubs under a plan designed by the eminent plantsman Roy Lancaster. Our latest project is the creation of a Stumpery off the arboretum which showcases tree ferns.

There is also a Herb Garden, a Rose Garden and the Time Garden – designed around Sir Francis Bacon’s essays based on the passage of Time. Sculptures by Susan Bacon are placed around the Garden which is surrounded by an 18th century Park with many trees of great age. The main specialities of the Garden are Galanthus followed by bulbs in early spring, later in the season Agapanthus are a main feature. Throughout the year the parkland setting provides a glorious backdrop to the Hall and the main Garden. The Gardens are mostly accessible to wheelchair/motability scooter users, except when the ground is very wet. 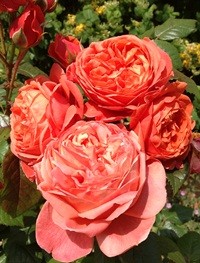 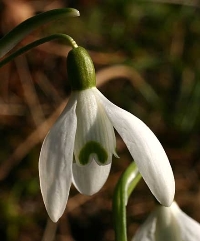